...or try to hide, the times that I felt small and scared and vulnerable. I grew up in a close and loving home, but I was physically tiny and back then bullies were just what happened when grownups weren’t looking. (And sometimes when they were). Getting into college was a massive cluster you-know-what for me. And my writing road has been full of twists, turns, and stomach-plummeting drops, along with some wonderful highs.

At a certain point, I realized I wasn’t alone in having struggles and disappointments (sounds like a duh, but was a lightbulb moment for me) and that sharing what I was going through could maybe help others, but always helped me.

Flowers bloom better in light than in shade.

So, in this spirit, I have something to share. While writing my latest novel, I came to a decision of the big gulp variety—and I don’t mean the kind you buy at 7-11.

It's time for me to seek a new literary agent. My first agent is a brilliant analyzer of literature and stewarded my career with devotion for close to a decade. But I am different now, and so is this book. I couldn't have written it back when I began. It's a blend of domestic suspense, wilderness thriller, social issues, and literary horror. When it was finished, I gave it to people I trust in the industry, and they came back with the kind of consensus writers long for.

This book is something special. It requres a vision.

It’s a huge leap into open space, and I don’t yet know where I will land. But I do know it’s the right move. Even if I now feel as small and vulnerable as one of these kittens. 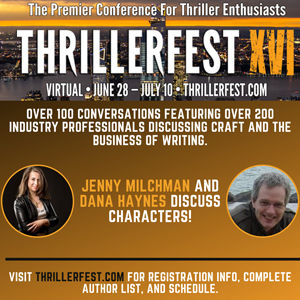 (May 2022 though—join us in-person at a brand new NYC locale)! The geniuses behind the conference have figured out how to make virtual the next best thing to live. Master Classes with blockbusters such as Lisa Unger, Hank Phillipi Ryan, and Gayle Lynds, a showcase of our debut authors with video intros of their books, Xtreme CraftFest with a lineup including myself and global intrigue author Dana Haynes riffing and spit-balling about how we come up with characters and bring them to life on the page.

Is Anybody Not a Billy Joel Fan? 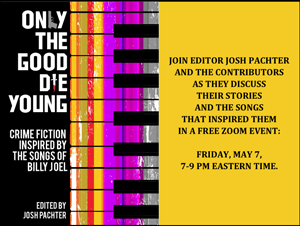 Who doesn’t have a song they remember singing aloud, or dancing to, or crushing on someone with? I wrote a story about a struggling, kick-a$$ mom for this anthology of Billy Joel-inspired fiction edited by the great Josh Pachter. You can order your copy from Untreed Reads and on May 7th please join the authors for a Zoom event of talk and Q&A and readings. I hope you’ll come!

Email Josh for the Zoom link.

DriveThruFiction.com will offer an exclusive sale of the ebook for $5.99 through the end of today (April 26th). 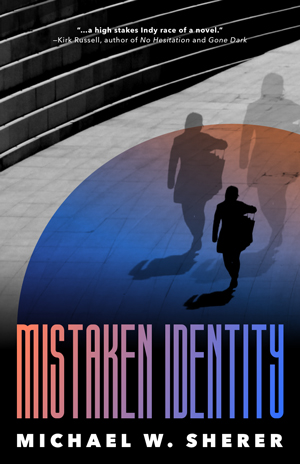 Female Jack Reacher with a heart and a past—perfect for Lee Child fans! Michael Sherer deserves to be discovered.

Ever wonder why or how you chose a career? Some people plan meticulously. Others find theirs accidentally. Then there are careers that pick us.

Five agents, seven publishers, two short stories, four series, a book in development for film or TV, more than a dozen novels, and a nomination for an ITW Thriller Award in a 33-year span as an unknown veteran surely qualifies as a career, but an odd one at best. (I’m not even counting the more than 600 articles over an even longer timespan.)

Mistaken Identity, the second in a planned trilogy featuring FBI Special Agent Jenny Roberts, marks my 15th book. Writing each has required what has felt like a leap off a cliff, something Jenny (Milchman, not Roberts) has talked about here, blindly trusting that I’ll find enough words strung in coherent, even lyrical sentences to cushion the fall. Each time, I wonder if the end result will be worth readers’ time let alone a year of my own to write. My first starred PW review suggests this one was.

What a long, strange trip it’s been. 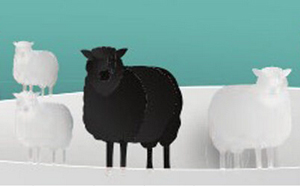 As most of you know, I am now one of the Rogue Women Writers and so proud to be one! But even before I became a Rogue, I loved the blog for its personal touch and wide range of books and authors to which it introduced me. Subscribe for updates, special giveaways—a big birthday one coming up!—and the latest on all things thriller and rogue.

This Rogue post introduces you to an anthology of female driven—and empowered—short stories. You can also find more on my adventures in kitten fostering.

Kristen Lamb offers some of the most insightful breakdowns of what makes writing work—and not work—anywhere around. I’ve had five novels published, and I never fail to learn something from her.

Here are two of my recent favorite posts—why an Amazon original flopped (and what to do as a writer instead) and the role of change in your favorite novel.

Which brings me full circle to my own new book. Last week, thanks to the support of two wildly talented authors, I reached out to a dream agent. Whatever happens, I will share the journey with all of you. I hope that my twists and turns let everyone out there know that it’s okay to dangle sometimes, even to wave in a fierce wind. Afterwards, we just might soar.