I'm going to be honest here, the kind of honest that makes you feel like a soft, raw larva just squiggling out, all vulnerable to every marauding set of pincers or talons. OK, that was a little over-the-top.

But, seriously, true confession time. I was not looking forward to ThrillerFest this year. The conference is always one of the highpoints of my calendar, some of my best friends, idols, and literary heroes congregate there, and TFest director and action-packed thriller author KJ Howe puts on the single best gathering for writers, readers, and fans anywhere. Yet I was nervous. With no book out, for reasons you all know, I felt like I was floating, unattached, until I become a real author again next May.

I should've trusted the aforementioned friends, idols, heroes—and KJ. ThrillerFest was a blast from the very first cocktail party to the last minutes of the banquet where Brad Parks and Daniel Palmer serenaded Lee Child. People made me feel not just that it was okay to be between books but, why would I even be asking the question?

If you're a reader or fan, there is no more fun party than ThrillerFest. You can talk books at the bar amongst people who understand that talking books is cool. And if you're a writer, whatever stage of the game you happen to occupy at the moment—emerging, debut, established, blockbuster—ThrillerFest not only has a place for you, it IS your place.

This past July, it became mine again.

I was on a panel called The Influence Of Geographic Regions, with fellow authors E.A. Aymar, John Connell, Elena Hartwell, Barry Lancet, and Wendy Tyson. Of course, I spoke about the Hills of Wedeskyull aka the effect of wilderness on a thriller. Shiver!

The panel was moderated by author Bryan Robinson; you can see a pic of Bryan below. Ha ha, just kidding, that's my son getting the podium ready: 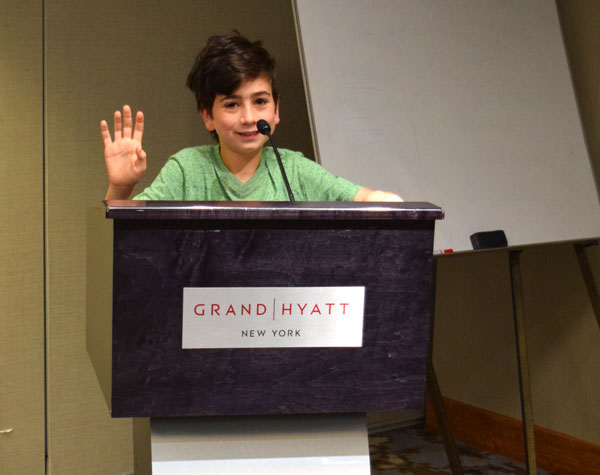 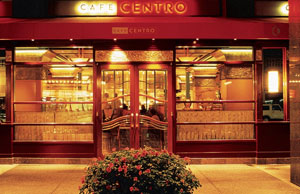 It helped my nerves, and feeling of being the out-of-it kid in the sixth grade lunchroom, that on opening night my new publisher hosted an elegant dinner to celebrate its authors—Carter Wilson, Radha Vatsal, Randall Silvis and myself—attended by such illustrious industry folk as Andrew Gulli of Strand Magazine, a circle of New York Public Library librarians, and crime fiction legend Otto Penzler of Mysterious Bookshop and Mysterious Press fame. The food was delicious, the cocktails and drinks poured liberally, and the talk lasted late enough to mean we were all having a grand time (but not so late that we weren't ready for first-day festivities at TFest the next morning).

Looking for a Literary Agent? 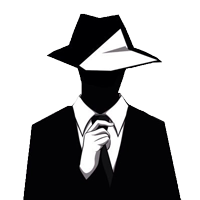 Who are these people that earn between 10-20% of a writer's earnings now, forever, and in perpetuity? And if you're a writer, do you need one?

Broadly speaking, I would say yes. An agent is any writer's advocate, bolsterer, and guide through the thorny forest that is publishing. But a fair number of writers are making the choice to forego the inevitably long and not infrequently disappointing hunt for an agent, to enter the biz in a different way. By seeking out an agile new micro press, say, such as Polis or Down & Out. Or by indie publishing, an update on which we'll get in next month's letter.

But if you're looking to publish with a big 5 or established independent—Algonquin, Sourcebooks, Kensington—you're going to need an agent.

In the first of my 1,2,3 series of videocasts on Patreon, I explore this question, helping you figure out whether you need an agent, then suggesting the best ways to find one.

Our Spotlight this month is from a collaborating duo of historical writers—even though this article claims there is no such thing as historical fiction. Read on! 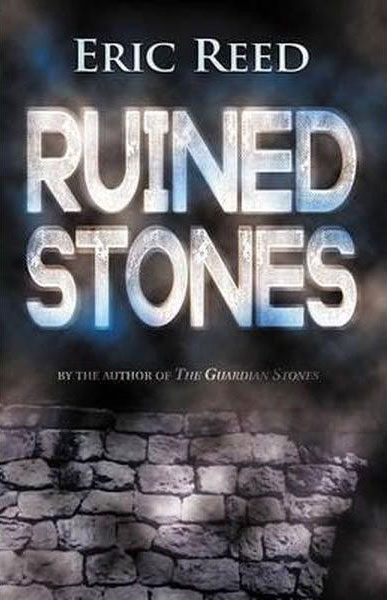 If success in the publishing journey were a wheeled three-legged stool, what would its
legs represent?

My response, today at least, would be a strong sense of humour and strength of purpose. But the one leg that never changes whenever I'm asked the question is that ineffable quantity, the bottled lightning known as luck.

One day, after a number of short stories concerning our sixth century protagonist John, Lord Chamberlain to Emperor Justinian I, had appeared in various anthologies, we were seized with the notion of relating one of John's adventures at novel length. Seizing a red pen, we scribbled the first chapter on a yellow legal pad. After that, the keyboard got warm as we took turns to write One For Sorrow. A few months later it was completed and we trundled it out onto the great highway of publishing.

Not long after our wheels timidly crept onto the asphalt, Poisoned Pen Press was nominated for the 1998 Edgar Award in the Best Critical/Biographical Work category for A-Z Murder...Goes Classic.

We wrote to congratulate them, boldly asking in passing if they planned to publish fiction. As it turned out, they were. One For Sorrow was submitted and accepted, although that colourful first chapter needed extensive revisions.

But where, you may ask, does luck come into this? Well, we subsequently learned that not long before our query arrived at Poisoned Pen Press editor Barbara Peters had commented on the lack of mystery novels set in [no other place than]...Byzantium.

Many authors discuss the role of luck and timing in publishing success. Think about then-President Bill Clinton being spotted with a Dennis Lehane novel clasped to his chest. On the other hand, consider the author who wrote a thriller about airport terrorism set at Logan and released on September 11, 2001. What do you guys think? How much of a role does luck play in our careers? Our lives? 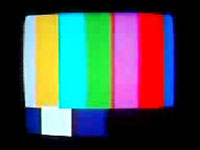 The next time I write, I will have a short video to share. And guess what, the marketing team at my new publisher asked for it! I have never been involved at this level for any of my prior books, and have to believe that it bodes well for the release of Wicked River. You'll see some shots of our brand new, still-sleeping-on-air-mattresses home (oh, yes, we moved...more on that next time too), and I will also tell you more about the unbelievably outside-the-box marketing approach Sourcebooks is taking with Wicked River.

Cliffhanger! 'Cause, hey, I'm a thriller author after all.